Silicon carbide (SiC), also known as carborundum /kɑːrbəˈrʌndəm/, is a semiconductor containing silicon and carbon with chemical formula SiC. It occurs in nature as the extremely rare mineral moissanite. Synthetic silicon carbide powder has been mass-produced since 1893 for use as an abrasive. Grains of silicon carbide can be bonded together by sintering to form very hard ceramics that are widely used in applications requiring high endurance, such as car brakes, car clutches and ceramic plates in bulletproof vests. Electronic applications of silicon carbide such as light-emitting diodes (LEDs) and detectors in early radios were first demonstrated around 1907. SiC is used in semiconductor electronics devices that operate at high temperatures or high voltages, or both. Large single crystals of silicon carbide can be grown by the Lely method; they can be cut into gems known as synthetic moissanite. Silicon carbide with high surface area can be produced from SiO2 contained in plant material.

Silicon carbide (SiC) crytsals have unique physical and electronic properties. Silicon Carbide based devices have been used for short wavelength optoelectronic, high temperature, radiation resistant applciations. The high-power and high-frequency electronic devices made with SiC are superior to Si and GaAs based devices. Below are some popular applications of SiC substrates.

SiC based devices have low lattice mismatch with III-nitride epitaxial layers. They have high thermal conductivity and can be used for the monitoring of combustion processes and for all sorts of UV-detection.

SiC has the following properties:

Currently silicon carbide (SiC) is widely used for high power MMICapplications. SiC is also used as a substrate for epitaxial growth of GaN for even higher power MMIC devices

Because SiC has a high thermal conductivity, SiC dissipates heat more rapidly than other semiconductor materials. This enables SiC devices to be operated at extremely high power levels and still dissipate the large amounts of excess heat generated from the devices.

SiC-based microwave electronics are used for wireless communications and rad

*The other specifications can be customized according to customer’s requirements 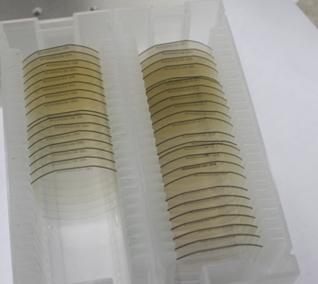 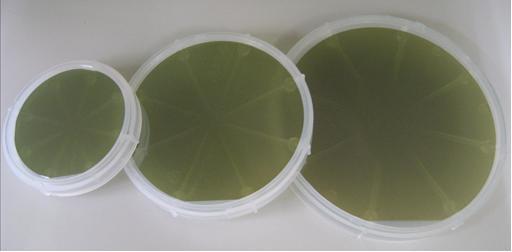 Q: What's the way of shipping and cost?

(2) If you have your own express account, it's great.If not,we could help you ship them.

Freight is in accordance with the actual settlement or by FOB.

Q: Can I customize the products based on my need?

A: Yes, we can customize the material, specifications and shape,thickness, size,surface.

Thank you! Your message has been sent to the following suppliers.